Amy Carmichael was a missionary to orphans in India.  She suffered much – and 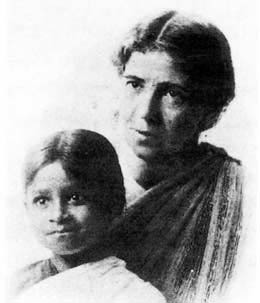 Carmichael’s most notable work was with girls and young women, some of whom were saved from customs that amounted to forced prostitution.  She founded  the Dohnavur Fellowship in 1901 which became a sanctuary for over one thousand children who would otherwise have faced a bleak future. When the children were asked what drew them to Amy, they most often replied “It was love. Amma (Amy) loved us.”

In 1931, a fall severely injured Carmichael, and she remained bedridden for much of her final two decades. However, it did not stop her from continuing her inspirational writing.

Here is one of her many poems:

“For to you it has been granted on behalf of Christ, not only to believe in Him, but also to suffer for His sake.” Philippians 1:29

No wound? No scar?
Yet, as the Master shall the servant be,
And piercèd are the feet that follow Me.
But thine are whole; can he have followed far
Who hast no wound or scar?