My Journey with God By Bob Nieuwendorp 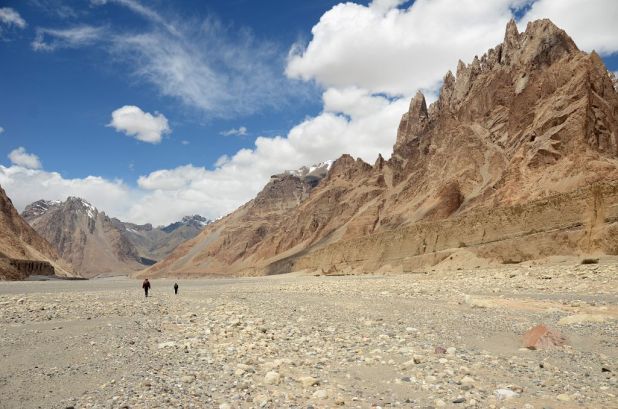 Editor’s Note: My friend, Bob Nieuwendorp, has since entered the presence of Jesus Christ.  I shared part of his journey through physical pain and suffering.– Warren Coe, Executive Director.

Follower of Jesus
I became a follower of Jesus when I was fifteen years old.   Though I had a genuine hunger for God, I was never really discipled.  I was faithful in worship and always felt I wanted to serve God in every way.  My wife, Lois, and I were married in 1967 and I began what I believed would be a career in farming.  But God made it clear that He wanted me in the ministry, so I quit farming in 1974, and went on to college and seminary to prepare for full time ministry.

By early 1980, I began pastoring a small church in Britt, Iowa.  In 1984, I started a new ministry venture of planting a church in Iowa Falls, Iowa, and have been involved in church planting and church multiplication ever since.  God was very present with me, blessing new church plants and the growth of many individuals who came to Christ.  There were always tests and trials but God’s grace was always sufficient.  The greatest trial of my life happened very recently

“I Lost My Strength and Energy”
About a year and a half ago, I lost my strength and energy.  A long series of tests and examinations by a number of doctors finally came to a shocking conclusion when a pulmonologist told me that I had cancer in both lungs, and that I had six months to a year to live!

I will never forget that Friday afternoon!  After Lois and I cried a bit over this shocking news, we prayed and thanked God for all the good years He had given us.  Later that afternoon on June 3rd, I wrote in my daily journal:  “The final report was not good on the human side.  Cancer in both lungs with six to twelve months to live.”

I very soon sought to hear God’s voice in the Scriptures.  The first verse God had me read was Psalm 106:1 – “Praise the Lord!  O give thanks to the Lord, for He is good.  For His loving kindness is everlasting.”  My response in my journal reads, “I knew God told me His grace would be sufficient!”  God used may other means that very day to minster to Lois and me.  Our kids began to come home to encourage.  Christian friends began to call and pray.  As I shared my situation with a very special brother in Christ, I’ll never forget his priceless response, “I have no words.  But maybe Job’s friends should have kept their mouths shut.”

I had already resigned the pastorate of the church I was serving, and would finish in one month.   The outpouring of love and prayers was beyond words.

God’s Abiding Presence
Most significant of all was a deep sense of the personal presence of God like I had never experienced before.  I will share a few of my daily journal entries to help you understand how preciously close God was to me in the most difficult days of my life.

June 8:  “Last evening and night God gave me two great old hymns, Safe in the Arms of Jesus and Under His Wings.”  (As I look back, I remember telling our church family that I was literally being carried in the arms of Jesus during this difficult time.)

June 9:  “I go to meet the oncologist today!  During the night Jesus woke me and gave me two more hymns, Beneath the Cross of Jesus and Because He Lives.”  (I can honestly say that I never had a second of fear or ever felt any anger for what had happened to me.  Rather, I was so close to   Jesus I wouldn’t have traded places with anyone.)

June 10:  “Today’s verse:  Psalm 112:1 & 7 – ‘Praise the Lord!  How blessed is the man who fears the Lord, who greatly delights in His commandments.  He will not fear evil tidings. (Underline mine.)  His heart is steadfast, trusting in the Lord.’  Another hymn came to mind, Near to the Heart of God.”

I want you to realize I had not been singing hymns for the past ten to twenty years.  I had been involved in new church plants that sang mostly contemporary music.  But God used both hymns and praise songs to bring joy to my heart in the midst of a deep and difficult valley.

Rigorous Treatments for Lung Cancer
On June 27th, I began rigorous treatments for the cancer in my lungs.  I was given heavy doses of radiation and chemotherapy concurrently.  The two oncologists that were treating me said they were fighting fire with fire.  They said they were still going for a cure, not just control.  The treatments took me to the edge of life.  I became extremely weak and was hospitalized at the end of six weeks of treatment for five days due to an infection in one of my lungs.

All through this time, prayer was going up to God from churches and Christians literally from around the world.  After the end of treatment, the doctors waited four weeks and then gave me a PET scan to see what effect the treatment had on the cancer.

Before I describe the consultation Lois and I had with the oncologist following the PET scan, I need to mention the incredible outpouring of prayer from brothers and sisters in Christ around the world.  Thousands of churches in India were praying for healing.  Literally hundreds of thousands of believers all over the world were crying out to God on my behalf.  It was extremely humbling.  I can truly testify that I had never experienced the person of God and His presence to be as real as during this time.  I was truly at peace with whatever God chose to do.

Two days before the consultation to learn the results of the scan, I was doing my morning devotions using a devotional guide.  The Old Testament reading for the day was II Kings 20.  This is the account of Isaiah giving Hezekiah a message to get his house in order for he was going to die.  Hezekiah cried out to God and God sent Isaiah back to Hezekiah to tell him that God was going to add 15 years to his life.  The day of the PET scan, I was doing my morning devotions and my Old Testament reading was Isaiah 38.  This chapter tells the same account of Hezekiah’s healing.  I sensed God was telling me the PET scan report would be good.

The Cancer has Been Arrested
Four days after the scan we had the consultation with the oncologist.  To summarize it, the doctor said at one point that “the cancer has been arrested.”  After asking several questions, I finally blurted out, “This is a miracle, an answer to prayer!”  The oncologist replied, “You can call it that.”

I’m not a health/wealth gospel proponent.  I know it is always possible that the cancer can come back.  But I also know God has touched me and for now the cancer has been arrested.  The oncologist informed us that for a while, a scan will be done every 90 days, but no treatment is necessary at this time.  The next scan will occur on Dec. 1st.

Important Lessons
Most important is all the lessons God taught me about Himself through this time.  He is my perfectly holy and loving heavenly Father.  His love for me would not be less had He taken me home because of cancer.

He also taught me that Jesus truly does stick closer than a brother in times of adversity.  His continual abiding presence is my most valuable possession.  I learned to enjoy experiencing that prayer is truly a dialogue.  As I commune with Him in prayer, His Word through the Scriptures would and still does pop into my mind and thoughts.  I can only praise Him for the unbroken peace I experienced in the valley of the shadow of death.  I thank Him daily that all fear is gone.

I know that in the future, no matter what I face, I will never face it alone.  He will never leave me or forsake me!  God is faithful and true, and good all the time!