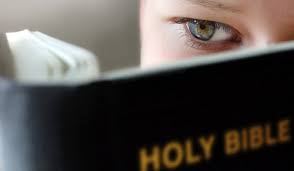 Abraham Lincoln said, “I believe the Bible is the best gift God has ever given to man. All the good from the Savior of the world is communicated to us through this book.”

W. E. Gladstone said, “I have known ninety-five of the world’s great men in my time, and of these eighty-seven were followers of the Bible. The Bible is stamped with a Specialty of Origin, and an immeasurable distance separates it from all competitors.”

George Washington said, “It is impossible to rightly govern the world without God and the Bible.”

Napoleon said, “The Bible is no mere book, but a Living Creature, with a power that conquers all that oppose it.”

Queen Victoria wrote, “That book accounts for the supremacy of England.”

Daniel Webster: “If there is anything in my thoughts or style to commend, the credit is due to my parents for instilling in me an early love of the Scriptures. If we abide by the principles taught in the Bible, our country will go on prospering; but if we and our posterity neglect its instructions and authority, no man can tell how sudden a catastrophe may overwhelm us and bury all our glory in profound obscurity.”

John Ruskin: “Whatever merit there is in anything that I have written is simply due to the fact that when I was a child my mother daily read me a part of the Bible and daily made me learn a part of it by heart.”

Thomas Huxley: “The Bible has been the Magna Charta of the poor and oppressed. The human race is not in a position to dispense with It.”

Patrick Henry: ‘The Bible is worth all other books which have ever been printed.”

Horace Greeley: “It is impossible to enslave mentally or socially a Bible-reading people. The principles of the Bible are the groundwork of human freedom.”

Andrew Jackson: “That book, sir, is the rock on which our republic rests.”

Robert E. Lee: “In all my perplexities and distresses, the Bible has never failed to give me light and strength.”

Lord Tennyson: “Bible reading is an education in itself.”

John Quincy Adams: “So great is my veneration for the Bible that the earlier my children begin to read it the more confident will be my hope that they will prove useful citizens of their country and respectable members of society. I have for many years made it a practice to read through the Bible once every year.”

Immanuel Kant: “The existence of the Bible, as a book for the people, is the greatest benefit which the human race has ever experienced. Every attempt to belittle it is a crime against humanity.”

Charles Dickens: “The New Testament is the very best book that ever was or ever will be known in the world.”

Sir William Herschel: “All human discoveries seem to be made only for the purpose of confirming more and more strongly the truths contained in the Sacred Scriptures.”

Sir Isaac Newton: “There are more sure marks of authenticity in the Bible than in any profane history.”

Long ago, God said through James, 21 Therefore put away all filthiness and rampant wickedness and receive with meekness the implanted word, which is able to save your souls.  22 But be doers of the word, and not hearers only, deceiving yourselves.  23 For if anyone is a hearer of the word and not a doer, he is like a man who looks intently at his natural face in a mirror.  24 For he looks at himself and goes away and at once forgets what he was like.  25 But the one who looks into the perfect law, the law of liberty, and perseveres, being no hearer who forgets but a doer who acts, he will be blessed in his doing.  26 If anyone thinks he is religious and does not bridle his tongue but deceives his heart, this person’s religion is worthless.  (Jam 1:21-26 ESV)